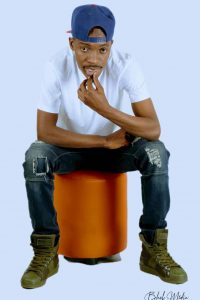 JC Starboy (real names James Chilombe) was born in Lusaka Zambia.
His music career dates back to 2008 when he worked as B Flow’s primary backing vocalist.

In 2010, he participated in and won the ZNBC TV2 Ultimate Slinger Musical Auditions. As the ultimate winner of the competition, JC Starboy was awarded a 2 years recording contract with one of Zambia’s leading record companies, Sling Beats Entertainment. He recorded and released his first hit song Do or Die, a collaboration with international award winning Zambian R&B; sensation Roberto in 2011. The song received favourable airplay in Zambia and neighboring Botswana and was also nominated for song of the year 2011.

After the expiration of his contract with Sling Beats in 2012, JC Starboy decided to take a short break off mainstream music to pursue his accountancy career. He went into formal employment for three (3) years but later resigned to further pursue his music career. He returned to the studio in 2015 after impressing G-Show Records Producer Gilbert Zimba (Gizzy More) who watched him record an electrifying verse on B Flow‘s Napeza Mukali. Gilbert instantly fell in love with JC Starboy’s soft Dancehall style and gave him an opportunity to record a number of records at G-Show Records for free.

JC Starboy released the smash hit single Last Words in early 2015 which faired very well on most radio charts including ZNBC Radio 2 where it was nominated for song of the year. He also recorded a remix of the song with his long time ‘collabo partner’ Roberto.

In 2016, JC Starboy joined the Music For Change family where he works both as a signed artist and company accountant. He is currently recording new music at Music For Change studios in Lusaka.

JC Starboy’s passion in the community is to help vulnerable children by giving them an opportunity to go to school and access to decent shelter.