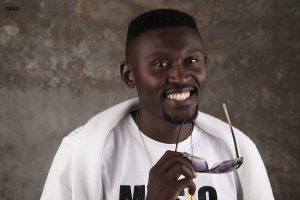 B’Flow is a multi-award winning artist, renowned humanitarian, social justice advocate and founder of Music for Change. He started recording music professionally in 2005 and signed a record deal with Romaside Studio in 2009 which was followed by the release of his debut album in the same year. To date, B’Flow has released five studio albums.

Because of his commitment to advocating against gender based violence and educating youth on HIV/AIDS, B’Flow was publicly endorsed by 44th President of the United States of America and Nobel Peace Prize winner Barack Obama in 2015 for his inspirational music and advocacy work. President Obama also announced that B’Flow was starting a record label, hence the birth of Music for Change.  After the white house endorsement of his music and advocacy work, his fans nicknamed him “Junior Obama”.